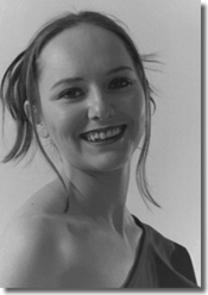 A Colorado native and dancer since the age of 2, Michelle has trained under and performed with a diverse range of companies including Cleo Parker Robinson Dance Ensemble, Opera Colorado, Colorado Symphony Orchestra and David Taylor Dance Theater. Over the course of her dance career Michelle trained with renowned and celebrated choreographers and teachers such as Donald McKayle, Dianne McIntyre, Chuck Davis, Letitia Williams, and Katherine Dunham.

Michelle has performed in the David Taylor Dance Theater annual Nutcracker production, she had the honor of dancing for Pope John Paul II and Katherin Dunham as a soloist, performed in Helen Tamiris' How Long Brethren at the American Dance Festival, and she performed in several operas including Die Meistersinger von Nuremberg, Carmina Burona, and Aida.

Michelle holds a BFA in dance  from the University of Colorado (Boulder) where she was a member of the CU Dance Caravan and she choreographed and produced an attendance record setting dance concert. She has won numerous choreography and competitive awards and in October 2010 was named one of Colorado's top 25 young professionals by coloradobiz magazine. In 2014 Michelle was honored to serve as a judge for the Colorado's Got Talent competition.

Michelle has instructed students at Cleo Parker Robinson Dance, West Side Dance, Cherilyn's Dance and Arts Center, and within her own dance studios. From 2007-2014 Michelle ran B&B Dance Company in Brighton Colorado; providing dance instruction to hundreds of students and leading national award winning dance teams.  In 2014 she moved B&B Dance Company to Westminster Colorado under the new name Carmichael Academy of Dance.

Michelle is passionate about dance and inspiring that love in others.  She loves nothing more than to see students succeed and achieve and believes that dance is indiscriminate; young, old, new, experienced, athletic or not, able or not.  She believes DANCE IS FOR EVERYONE and is proud to bring this unique perspective on dance to others through Carmichael Academy of Dance.